The Weight of Fatherhood 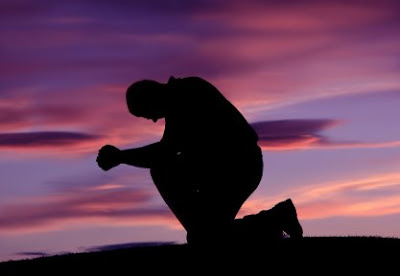 Being a father can be an overwhelming job. The amount of responsibility that God has placed on men can at times, make men feel like complete failures. Apart from the grace and strength of God, being the kind of father that brings God glory is not possible. Sure you can be a father--if you define it by just having children--and make it "OK" in life, if that's your goal. But for those who want to bring glory to God through their leadership in their homes, the status-quo just isn't good enough.

Admittedly, leading a home in a counter-cultural way isn't easy. It isn't going to get you on the cover of any men's magazines--well, maybe Vision Forum's--but that's it! It isn't' going to allow you to live as others may be living. You might find yourself working when others are playing. You may find yourself at home when others are out. You may find yourself surrounded by kids when others are surrounded by "big boy toys." You may wonder if it's worth it at times, and you may be tempted to lower your standards in order to live the life you "think" you're entitled to live. So let me remind you--in case you feel weighed down by life--you're serving the Lord. The decisions you're making now, for your wife and children, will reap a harvest for the Lord in the future. So hang in there.

As God told Elijah--when he was on the run from Jezebel and feeling very alone, scared, and weary--you are not alone. God said that He had preserved thousands of others who hadn't bowed the knee to Baal. He saved a remnant for His purposes and for His battles. So it is with us as well. God has called and saved a remnant who haven't bowed the knee to cultural normativity or caved in to the demands of the prosperity whore who decides what you need. He has raised up an Army to engage in the battle for the souls of the next generation. You are not alone. He has put in the hearts of thousands of men the desire to disciple their children in such a way that brings Him glory. You are not alone. He has also put in those men's hearts the desire to preserve the Godly calling and biblical legacy of virtuous motherhood, and not sacrifice the vitality of their brides at the altar of modernity which waits like a hungry jackal in the work place for the heart and soul of our wives.

The weight of fatherhood is enormous, and on our own, we're destined to ruin it like so many before us have done. But God, the God of the bible has a different plan. He desires to see us live for His glory, and with that desire, has provided a way for this to be accomplished. Draw strength from the blood of those who have gone before you. Hear their voices calling to you from the grave. Hear the voices of Apostles and Prophets from the words of scripture, and hear the voice of the One who hung on the cross and bore it all. He stretched out His arms to die, setting an example of Godly manhood for those would call Him Lord, and now calls us to pick up our cross and follow Him!
Posted by Steve at 11:53 PM