The Irony of Christmas in America 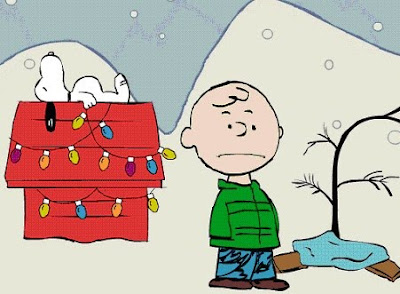 Most Americans would say that Christmas really cant' be enjoyed without money. After all, don't we feel obligated to buy things for people with money we don't have? Truth be told, 90% of the gifts you give this year won't be used by the people you give them to, because you're not giving them what they want, you're giving them what you think they want.

He even said it's so much easier for the poor to make it into Heaven than it is for the wealthy. In fact, He said it's impossible, for those unwilling to admit to their spiritual destitution, to make it into Heaven at all. Isn't it ironic that the have nots according this world have a greater chance of having it all in the next life, and those who "have it all" in this life will probably have nothing in the next!

So this Christmas, remember that it isn't about what you give your children or neighbors, your co-workers or spouse, but it's ONLY about what the LORD has given us, a Savior who is Christ the LORD, and a chance to believe in His life, death and resurrection, which will allow us to spend eternity with Him!

Merry Christmas to all from the Fuentes family, and may the LORD shine brightly in your hearts and homes this wonderful Christmas season! 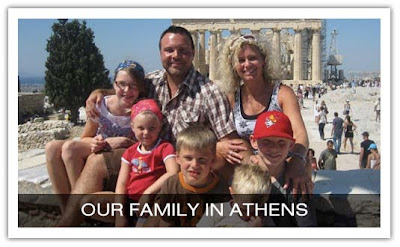 (I found this recent post by Mark Driscoll insightful and thought
the men (and women) of the Male Domain might enjoy reading it!)

’Tis the season for Dad to drop the holiday ball, stress out as the money is being spent for presents, and miss yet another providential opportunity to lovingly lead his family. So, this blog is intended to help dads not fall into the same old rut of holiday humdrum, sitting on the couch watching football and eating carbs, but rather intentionally plan out the upcoming holiday season. Our children grow quickly and if we miss the sacred moments God opens up for us to connect with and bless our families, everyone suffers and we set in motion generations of missed opportunity.

#1 – Dad needs a plan for the holidays to ensure his family is loved and memories are made. Dad, what’s your plan?

#2 – Dad needs to check the local guides for what’s going on to make fun holiday plans for the family. In Seattle it’s here.

#3 – Dad needs to carve out time for sacred events and experiences to build family traditions that are fun and point to Jesus. Dad, is your calendar ready for December?

#4 – Dad needs to not let the stress of the holidays, including money, cause him to be grumpy with Mom or the kids. Dad, how’s your joy?

#5 – Dad needs to give experiences and not just gifts. Dad, what special memories can you make this holiday season?

#6 – Dad needs to manage the extended family and friends during the holidays. Dad, who or what do you need to say “no” to?

#7 – Dad needs to ensure his family is giving generously during the holidays. Dad, who in need is your family going to adopt and bless?

#8 – Dad needs to schedule a big Christmas daddy date with his daughter. Dad, what’s your big plan for the fancy daddy date?

#9 – Dad needs to schedule guy time with his son. Dad, what are you and your son going to do that is active, outdoors, and fun?

#10 – Dad needs to help Mom get the house decorated. Dad, are you really a big help to Mom with getting things ready?

#11 – Dad needs to ensure some holiday smells and sounds. Dad, is Christmas music on the iPod, is the tree up, and can you smell cookies and cider in your house?

#12 – Dad needs to snuggle up and watch some fun shows with the kids, especially the little ones. Dad, is the DVR set?

#13 – Dad needs to take the family on a drive to see Christmas lights while listening to music and sipping cider. Dad, is it mapped out?

#14 – Dad needs to help Mom get the kids’ rooms decorated. Dad, do the little kids get lights or a small tree in their room?

#15 – Dad needs to read about Jesus and pray over his kids. Dad, how’s your pastoral work going with each of your kids?

#16 – Dad needs to repent of being lazy, selfish, grumpy, or just dumping the holidays on Mom. Dad, are you a servant like Jesus to your family?