Single Christian Ladies and the Men Who Need to Marry Them 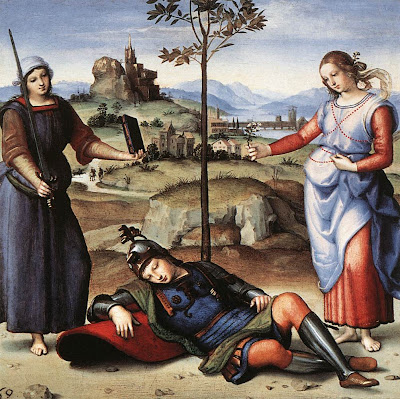 There's an epidemic in the church today of twenty-something year old young ladies who've never been courted, or have been asked for their hand in marriage, and this ought not be the case.

We need to train, and re-train, the young men in the church today in the art of taking a wife, and we dads, need to raise our young boys in such a way that will enable them to actively, and aggressively, pursue a young lady for the purpose of courtship and marriage. The family helps to ensure the future of the church, and a good, Godly family is an exceptional witness of the grace of God to a non-believing world.

Bible colleges and churches are filled with beautiful, intelligent, Godly gals, who are just waiting to be pursued by a strong, masculine young man with a compelling vision for his future family. While they're waiting, many young ladies are going all the way through college and beyond, and rather than wait any longer, they may opt for the mission field, pursue a career, or perhaps even settle for a "non-believer" because he simply pursued her. This is shameful, and a blight on unmarried Christian men. We must protect the daughters of God, and one way of protecting them is by marrying them!

I have a good friend who had fallen victim of the "de-fanging" that occurs to many young men once they become a Christian. They're told so often that those beautifully attractive young ladies are their sisters, and that Christians don't do things like non-Christians, and they should never do anything that might "mess up" the relationship if things don't work out, that they end up just observing them, and going to single events with them, until one day they see those ladies move away, go to another church, or marry someone they've settle for, and spend the rest of their lives with someone who doesn't have the kind of vision they always hoped their husband would've had. This occurs far too often, and it doesn't have to be this way. The problem with de-fanging the young men, is that, well, they're still men, with the same hormones, same desires, and same need of a Godly companion.

The rare exception to this would be those who God supernaturally calls to be single for their entire lives, for a very specific purpose that He's ordained. This is rare, but does occur. Unfortunately, the church is full of men who haven't been called to singleness, but haven't been equipped for marriage either. I hope to help change this!

The friend I spoke of was able to regain his "God-given aggressiveness" before it was too late, and went out and pursued the girl he wanted, and today they're happily married serving the LORD together in ministry. Him and I had some good talks about what steps he needed to take to see this come about, and I'll be sharing some of those thoughts in the next several posts.
Posted by Steve at 10:00 AM