Teach Them to Work 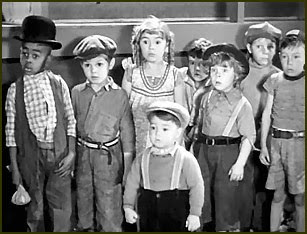 Seriously though, God has given children what they need to overcome their propensity to avoid hard work, they're called Mom and Dad.

As parents, one of the many virtues and attributes God has called us to pass along to our children is a good work ethic. A good work ethic will help your children immensely as they grow into adulthood. Few things are more repulsive than lazy adults.

The word of God has much to say about work. It calls us to work diligently, to work hard, to work smart, to work a lot, to work honestly, to work well with others, to work as unto the LORD, are you seeing the picture? A lazy person does none of these. In fact, when God created Adam, He gave him a job before He gave him a wife.

The LORD God took the man and put him in the garden of Eden to work it and keep it. -Genesis 2:15

therefore the LORD God sent him out from the garden of Eden to work the ground from which he was taken. -Genesis 3:23

The word of God also has much to say about being lazy, for instance:
These are just a sample of how God feels about lazy people, so please, do not allow your children (or yourself) to fall into this category. It paints an extremely poor picture of the God you represent. The LORD has called us to work six days and rest one; the culture has called us to rest six and perhaps, if necessary, work one.

We serve a mighty God, and one who worked to create the world we live in,

so let us be found faithful in completing the tasks He has called us to. Our children must know the sinfulness of being lazy, the Godliness of being a good worker, and see Mom and Dad practicing what they preach!