Why Should We Study Theology? 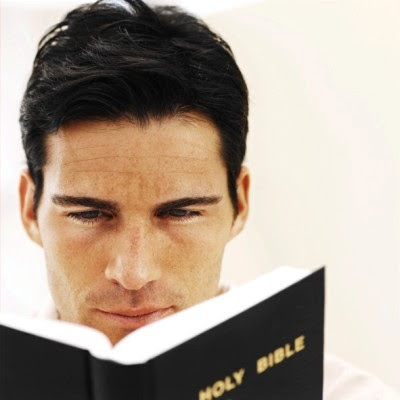 I'm a few weeks into my new theology class through Moody Bible Institute's distance learning program, and am really enjoying the content and discussion to this point.

The class is "The Doctrine of the Holy Spirit," taught by a retired Pastor/Contractor who's been in ministry for about 30-40 years in various capacities. Our class has people from various theological streams and it has caused some disagreements already, but always ends cordially with the teacher smoothing everything over.

There are people of the Wesleyan persuasion, reformed persuasion, dispensational persuasion, catholic, etc.. Some have been saved a number of months, some for a decade or so like myself, and then others for several decades. So it's quite a mixed bag.

The class has challenged me to study more in depth, to think more critically, and to know what I believe, why I believe it, and be able to explain to others why they should too. These are not traits or characteristics that most men have or desire to have. If it doesn't include drinking alcohol or watching sports, most of us men would much rather take a pass. And that's not to say that drinking alcohol or watching sports are wrong or should be avoided entirely. I enjoy a nice glass of wine or good beer when having dinner with my wife, and occasionally will catch important games that matter primarily in the post-season. But for the most part, most men, or should I say, most 'Christian' men don't really desire to know their Bibles all that well. They leave it to the "professionals."

So what's caused this? In my own experience, what has caused me to dig into my Bible was seeing other men that I "respected" dig into theirs. And when I say other men, I mean "men." Masculine, non-effeminate, heterosexual, one eyebrow, meat eating men. The kind who you'd want with you if you were gonna get jumped on your way home from bible study at 10 pm in the alley behind your house. Now there's something to consider! (Can you tell I grew up in Chicago dealing with these scenarios?)

And I firmly believe this begins from the pulpit. Do we have real men leading in most churches in the US? Do these men like the UFC? Do they hunt and like to kill things? Can their wives beat them up? Do they love their wives as Christ loved His bride? Do they disciple their children like God does His? Are they passionate about Jesus and His gospel? Do they portray Jesus as the King of Kings and Lord of Lords, or is he just always the humble Galilean peasant who took a beating and was killed by stronger men, then tell you to go and do the same? What about the Jesus of Revelation. Sword protruding from His mouth as He comes to slay His enemies! Now that's a masculine man!

Don't get me wrong, we need the whole Jesus from scripture. But why is it that we mostly only hear of the weaker, softer Jesus who laid down His life as a ransom, (as portrayed by them) and not about the Lion of the tribe of Judah Jesus who will slay those who oppose Him in the end??? Could it be that a lot of Pastors better relate to the former Jesus, and not the latter one? Just a question.

I thank God that I've been in churches, some for over ten years, that were led by men who who were "men." They loved the Lord, their Bibles, their wives, children, and spoke in a way that made me want what they had.

I'm also thankful for many leaders and churches in the emerging church movement. Not emergent, but emerging. (Click here to understand the difference.) These men and churches have been very effective in reaching the most unchurched in our land; men between 18 and 30. These churches are filled with men in this demographic. I cant' explain it all, but see some common denominators that begin in the pulpit. To see some of these churches, look at my list of churches under 'churchville' to the left.

So back to the question at hand..."Why should we study theology?"

I believe the answer to my question is because we're men, and that's what "men" do!
Posted by Steve at 12:16 AM