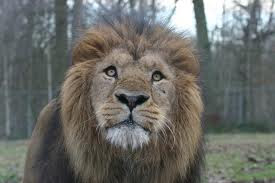 God has set jurisdictional boundaries in all areas of life; whether it's at work, home, church, or in the neighborhood, we must understand and respect the the jurisdictions that exist within our lives. You might be wondering what I mean by 'Jurisdictional Authority,' so let me give you a brief description that might help you gain a better understanding of what many have failed to grasp.

Jurisdictional authority simply means that there are areas of life you have no authority in, and if you try having authority there, you'll quickly find yourself face-to-face with those who actually do have authority in that area, and in opposition to God's established structure. For instance; at work you have no authority over your peers, but your supervisor does. If you try telling your peers what to do, they'll resist you and you'll soon be standing at attention in the bosses office. Or at church, you might try disciplining another member of the church for sin, but might not be in a position of Elder or Deacon, and the actual Elders and Deacons might come down on you for over-stepping your boundaries.

Speak to the Parents, not the Child
Another area that we must understand and respect jurisdictional authority in is the area of family. If you're not the parent, know your limitations. You may have wonderful ideas for what someone's child should be doing with their life, talents, and treasures, but to try and persuade that child to do it without speaking to their parents first is not acceptable. The age of the child does have some bearing on when it's appropriate to speak to them without having spoken to the parents however. If the child is in their twenties, that's one thing, but if they're still teens or younger, that's another entirely. The bible says nothing about 'your 18 now, you're an adult.'

As well, I believe gender plays a role in deciding when it's appropriate to approach a child with your plans for them without having spoken to the parents. I believe if a daughter is living at home, she is under her father's covenant headship, and the proper way to address the daughter with significant plans like where to work, go to church, who to court, etc., should absolutely be brought to the parents attention first, and especially the father who God has placed over that daughter until she's  married.

With sons, it's a little different. Boys should be groomed to be Priests, Prophets, Providers and Protectors, and because of this, should be given more opportunity to choose the right path for themselves in their early twenties even if they're living at home. They don't need a father's protection in the same way a daughter does, so their releasing, if you will, from the father's covenant protection should come about sooner rather than later. To protect a boy for too long will thwart his spiritual growth and leave him in a state of arrested development as a leader.

Know Your Own Authority
Jurisdictional authority exists because God put it in place. Know your boundaries and respect those who have God given authority where you have none. As well, know your authority and use it to guide and direct the affairs of your life with grace and wisdom.

Let me know what you think on the subject, and whether you agree or disagree, and why. I'd love to dialogue on the matter. Grace and Peace!