Men, Military, and Masculinity: When these are lost, women die! 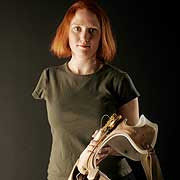 The recent attack on soldiers at Ft. Hood has been a sober reminder to me of the perils that our nation places her daughters in by allowing them to serve in the military. I know my position may be unpopular, but as a US Navy veteran myself, I feel that someone has to stand up and say what the word declares; that women were not created for combat, period!

Genesis 2 declares God's design for women, namely, to be a helper, mother, nurturer, home-maker, daughter of God, educator, feminine counter-part, a sort of domestic queen if you will, with unique and invaluable attributes given to her by the LORD. She was to complete the image of God that is best represented by a man and women in covenant, under the authority of Almighty God.

Man was to be the Provider, the one who set his hands to the plow, working the ground to bring forth sustenance for this family. Man was also to be the Priest, hearing from the LORD, and leading his family in a way that brought honor and glory to the God who created him. He was also to be the Prophet, discerning the culture around him, and pointing out anything that could affect his family, then taking steps to ensure it didn't infiltrate his home. And finally, he was to be the Protector, the one who, when faced with an enemy who could bring harm to his family, would draw his sword and fight for the lives of his loved ones.

Man was to be these things because the word declares that man is the glory of God (1 Cor. 11:7). Man and woman together are the image of God (Gen. 1:27), and the God we serve is all these things to us, and much more. The LORD is our Priest, our Prophet, our Provider and our Protector, and as men, we need to be things as well.

One of the 13 soldiers killed this past week at Ft. Hood was a young girl from the Humboldt Park neighborhood in Chicago, and attended Kelvyn Park High School. This hits home for me because I too, am from Humboldt Park and attended Kelvyn Park High School in Chicago. Her name was Francheska Velez, she was 21 yrs old, and she was 3 months pregnant.

Should women wear the gear of a warrior and go forth into battle? Should they be the ones, along with the men, losing limbs and lives to defend the borders of our nation? Should they lay dying in their own blood, while their precious child lays dying inside their wombs? You know, and I know, the answer is a resounding NO. This defies everything we know of our God in scripture. If you disagree, I'd love to know why!


"The woman shall not wear that which pertaineth unto a man, neither shall a man put on a woman's garment: for all that do so are abomination unto the LORD thy God."

A careful word study of this passage shows the phrase "pertaineth unto a man" refers to "the gear of a warrior."

Then we have a passage like Nehemiah 4:14, which says,


"And I looked and arose and said to the nobles and to the officials and to the rest of the people, "Do not be afraid of them. Remember the Lord, who is great and awesome, and fight for your brothers, your sons, your daughters, your wives, and your homes."

Who fights for their wives? Men do!

Sadly, because of the ravages of radical feminism on the church of our LORD, some will disagree with me regarding this, and to those I say, reconsider. Think logically about the effects of a movement that begins firmly grounded in mid-air, leaves God out, only to invoke Him at the funerals of those they helped to slay.