A Masculine Christianity: The Lion and the Lamb 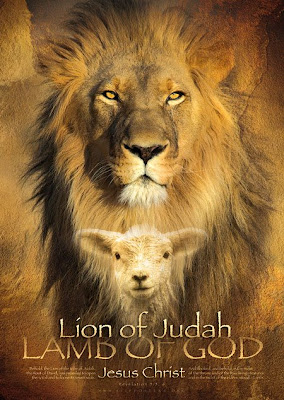 The imagery of Jesus as the Lion and the Lamb is one that we Men can learn much from. There are times when courage and bravery are called for in this life, then, there are times when utter dependence and peacefulness are the need of the moment.

We see this dualism lived out in the life of Jesus Christ. He was the Lion of the tribe of Judah, and also, the Lamb of God. When confronted by the Pharisees, He vigorously fought against them, knowing that these religious leaders were attempting to hijack the nation and use it as a means of self-aggrandizement. These men were everything Jesus called them; liars, thieves, serpents, wolves, hypocrites, blasphemers, etc., and needed to be dealt with harshly. And I believe as Men, we are called upon at times to function as Lions in our own lives, with our own families.

Is someone threatening the spiritual or physical well being of your wife and children? Is someone seeking to steal the hearts of your wife and children and lead them down a path of spiritual ruin? Are philosophies entering your home through people, programs, or relationships that are not in keeping with faithfulness to Jesus Christ? Well, if any or all of these are present in your life at this time, you need to rise up and be the leader and protector that God has called and commissioned you to be.

Don't worry about what others might say, because they'll say it anyway, just listen to the Lord and Man-up! Step up to the plate and protect your home. You have one shot in this life to do it right, don't let life pass you by as Satan attacks your home like he did in the Garden, when Adam succumbed to his seduction and plunged the human race into utter chaos and lost what was most precious to him and his wife Eve, their relationship to the Father of Creation.

Men, hear me well, especially if you have teenage daughters. Any boy who ain't looking for a wife is looking to score with your precious little girl. If you disagree with me, you should change your name to Adam as well. Think about your teenage years, what were you like? Especially if you're a first generation Christ follower like myself. You know your intentions weren't good with other Men's daughters, so why would you think it's different now? Wake up, step up, put your cup on, and fight, like you're called too in Scripture...

14And I looked and arose and said to the nobles and to the officials and to the rest of the people, "Do not be afraid of them. Remember the Lord, who is great and awesome, and fight for your brothers, your sons, your daughters, your wives, and your homes."
Nehemiah 4:14 (ESV)

Don't be a Lamb when you need to be a Lion. You're daughters need you to protect them, God has called you to protect them, now find your sword and kill a beast. Whether the beast has a name, (maybe someone you know personally), or is a "perceived role model," who is stealing their hearts in more subtle ways, whichever the case, they must be dealt with swiftly and decisively.

One example of a "perceived role model" stealing the hearts of teenage girls subtly is none other than Miley Cyrus. If you think I'm exaggerating, just Google her name and click 'images' to see what's she's promoting. Do I blame her? Partly, but mostly her Dad, Billy Ray, who's pimping his daughter for the o' mighty dollar.

So I leave you Men with this thought; Is anything threatening your family? Not just physical threats which are much easier to detect. But spiritually, which may even be more important. You know, where the heart lies. Are your wife and children being protected by you there, where it counts most? If not, are you willing to be a Man and defend those God has entrusted to you? If you won't fight for your family, who will you fight for?

Next up, functioning as Lambs for the well being of our homes...
Posted by Steve at 10:00 PM