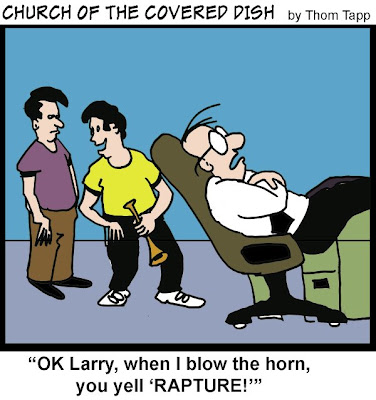 With the election being on most people's minds right now, I thought I'd throw a question out there. Regardless of who you voted for, I'd like you to consider the following question: Are Pastor's responsible for how their members vote?

Simple question right? Maybe, maybe not. Depends who you ask.

With Obama getting 43% of peoples vote who attend church (or synagogue or mosque), and getting 95% of the black vote, along with 43% of the white vote, and 67% of the Hispanic vote, I have to believe there were a lot of Christian votes mixed in there.

So I'm wondering about the Christian vote.

Were the people of God properly prepared to make such a decision by their Pastors?

Did they know how to think critically and theologically about the vote? How to think like a Christian concerning the issues? Or did they just go on emotion and gut? I really don't care if they voted Democrat, Republican, Libertarian, Constitution Party, etc. I just wonder if Christians were prepared theologically and who's responsible for getting them there? Themselves, their Pastors, or both?

If they weren't prepared theologically, do their Pastors bear some of that responsibility? If a Pastor's flock votes overwhelmingly for a candidate who supports and defends abortion and gay rights, has that Pastor been doing his job adequately? Or, is it even his job to prepare his flock for elections? I know there are certain things Pastors aren't suppose to say about politics from the pulpit, but is it enough to just say "It's our civic duty to vote. Regardless of who you vote for, just make sure you vote!"

Is this how most Pastor's prepared their flock for last Tuesday? If so, God help us...

Were Judges, Kings and Priests held responsible for Israel's behavior in the OT? Does the NT hold Overseers (Pastors) responsible for the condition of their churches? Has anything changed for today?

Do exceptions exist? Absolutely. No matter how well a Pastor can teach the sanctity of life, or uphold God's view of marriage and teach what the bible says about homosexuality, there will always be some in his flock who defy his teachings. But do the statistics make sense? Do Christians in America think and act like Christians in the voting booth, and what role do Pastors play in this?
Posted by Steve at 11:05 PM