Would the Real You Please Stand 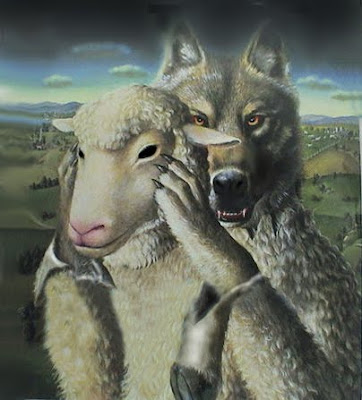 Who are you in the eyes of God? After all, that's all that really matters in this life and in the life to come.

You see, it isn't hard to pretend to be a "good" person in the eyes of the world. If Marilyn Manson gave a Million bucks to fight poverty in Africa, it wouldn't surprise me if he'd be recognized as a "Great" humanitarian, despite the fact that he stands for much of what God opposes.

Or how about an example that's a little more personal? Let's say you were put up as a contestant on a game show called, "What kind of person are they?," and people all around you got to name things about you that they've identified to be true in your life. Chances are you'd do pretty well, after all, we don't 'normally' show our worst to society, do we?? You probably do your best, or at least make an effort, to be "seen" as a "decent" person in the eyes of the world, right?, and understandably so!

It isn't that hard to put on the facade of Godliness, while maintaining an inner desire for unGodliness, is it? Don't cuss in front of old people, own a bible, check Christianity (or some-other religion) on an application, don't murder people, stay out of jail, etc., etc.; you see where I'm going with this.

The same is true for those of us who openly, and unashamedly, proclaim Jesus Christ as our Lord and Savior. We too, can have a facade of Godliness, while in our hearts, maintain a desire for unGodliness, right? Am I the only one who can say "Amen" to this, or can you be honest enough to acknowledge what I'm saying? Maybe not all the time, but more often than you might care to admit, you feel your heart straying and begin desiring things that you openly denounced at your conversion and then again at your baptism.

We Christians, too, have our own "Christian Checklists," don't we. We believe that by checking these things off on our list, we somehow stay closer to God. Things like:
Okay, maybe not that last one! But you know what I mean. This is just a short list of things that we 'think' make us Godly. The list can be greatly expanded, and if you'd like to add to it, leave a comment! I just wanted to list a few things that I've seen in Christendom first hand, and have been guilty of committing myself. Like Paul, I consider myself the foremost among sinners, so don't think for a minute I'm pointing the finger!

Now, before I'm misunderstood, let me say clearly what I'm not saying. I'm NOT saying that the list above is a bad list to keep, UNLESS, of course, you're keeping it to "stay right" with God, or "be found" right with God to begin with. Like a religious person who has never repented of their own personal sin, received Jesus Christ as their own LORD and Savior, but yet, because they do some of the things listed above, believe they're acceptable to God. If you have repented of your sin, and received Jesus as LORD in your life, then keeping these things should be a "response" to what God has already done in your life, not an "initiator" to get God's attention!

Our righteousness can only come from life, death and resurrection of Jesus Christ, PERIOD! Nothing else you do can 'make' you righteous in the eyes of the LORD, so stop trying, begin trusting, and allow the Spirit of the LORD to move in your life purging you from things that are harmful to you, your family, and stand in opposition to your new life in Christ.

So, "Would the real you please stand," and allow God to begin His handy work!!!

Til Death Unites or Separates us,
TMD
Posted by Steve at 12:21 PM