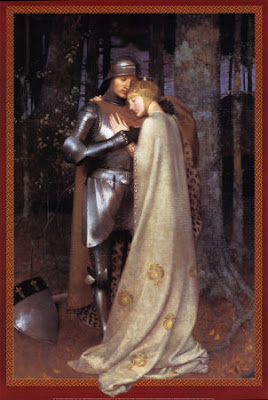 (Below is a full article by Douglas Wilson. To see more articles by him, visit Credenda Agenda)

Treat Her Like A Lady
by Douglas Wilson
As difficult as the concept is for males to understand, feminine weakness is not a weakness. No woman should ever be evaluated apart from her creation design, or divinely-given purpose. Neither should any man. God has made each of us for a particular calling, and has equipped us for that calling. As the calling varies, so does the equipping.

Because one of the male strengths is simple-mindedness, men tend to evaluate all things according to the sort of criterion (fixed in their minds sometime in junior high) best illustrated by arm-wrestling contests. Life is simple--stronger and faster is better. And because life is also a contest, everyone is measured by whether or not he or she is "winning." Unfortunately, more than a few foolish women have been sucked into this mindset. Ironically we call this attempt by some women to be more like men "feminism," which is like calling an attempt by cats to be like dogs felinism.