Special Duties of Husbands to Their Wives 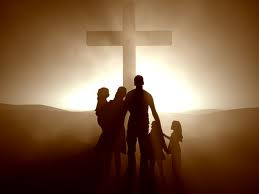 The Special Duties of Husbands
to Their Wives

He that will expect duty or comfort from his wife, must be faithful in doing the duty of a husband. The failing of yourselves in your own duty, may cause the failing of another to you, or at least in some other way as much afflict you, and will be bitterer to you in the end, than if a hundred failed their duty to you. A good husband will either make a good wife, or easily and profitably endure a bad one. I shall therefore give you directions for your own part of duty, as that which your happiness is most concerned in.


The husband must undertake the principal part of the government of the whole family, even of the wife herself. And therefore, I. He must labor to be fit and able for that government which he undertakes. This ability consists, 1. In holiness and spiritual wisdom, that he may be acquainted with the end to which he is to conduct them, and the rule by which he is to guide them, and the principal works which they are to do. An ungodly, irreligious man is both a stranger and an enemy to the chief part of family government. 2. His ability consists in a due acquaintance with the works of his calling, and the labors in which his servants are to be employed. For he that is utterly unacquainted with their business, will be very unfit to govern them in it: unless he commit that part of their government to his wife, or a steward that is acquainted with it. 3. And he must be acquainted both with the common temper and infirmities of mankind, that he may know how much is to be borne with, and also with the particular temper, and faults, and virtues of those whom he is to govern. 4. And he must have prudence, to direct himself in all his carriage to them; and justice, to deal with everyone as they deserve; and love, to do them all the good he can, for soul and body. II. And being thus able, he must make it his daily work, and especially be sure to govern himself well, that his example may be part of his government of others.


The husband must so unite authority and love, that neither of them be omitted or concealed, but both be exercised and maintained. Love must not be exercised so imprudently as to destroy the exercise of authority; and authority must not be exercised over a wife so magisterially and imperiously, as to destroy the exercise of love. As your love must be a governing love, so your commands must all be loving commands. Lose not your authority; for that will but disable you from doing the office of a husband to your wife, or of a master to your servants. Yet must it be maintained by no means inconsistent with conjugal love; and therefore not by fierceness or cruelty, by threats or stripes (unless by distraction or loss of reason, the cease to be capable of the carriage otherwise due to a wife). There are many cases of equality in which authority is not to be exercised; but there is no case of inequality or unworthiness so great, in which conjugal love is not to be exercised; and therefore nothing must exclude it.


It is the duty of husbands to preserve the authority of their wives, over the children and servants of the family. For they are joint governors with them over all the inferiors. And the infirmities of women are apt many times to expose them to contempt: so that servants and children will be apt to slight them, and disobey them, if the husband interpose not to preserve their honor and authority. Yet this must be done with cautions as these: 1. Justify not any error, vice, or weakness of your wives. They may be concealed or excused as far as may be, but never owned or defended. 2. Urge not obedience to any unlawful of theirs. No one hath authority to contradict the law of God, or disoblige any form of his government. You will but diminish your own authority with persons of any understanding, if you justify any thing that is against God’s authority. But if the thing commanded be lawful, though it may have some inconveniences, you must rebuke the disobedience of inferiors, and not suffer them to slight the commands of your wives, nor to set their own reason and wills against them, and say, We will not do it. How can they help you in government, if you suffer them to be disobeyed?


Also you must preserve the honor as well as the authority of your wives. If they have any dishonorable infirmities, they are not to be mentioned by children and servants. As in the natural body we cover most carefully the most dishonorable parts, (for our comely parts have no need.) 1 Cor. xii. 23, 24, so must it be here. Children or servants must not be suffered to carry themselves contemptuously or rudely towards them, nor to despise them, or speak unmannerly, proud, or disdainful words to them. The husband must vindicate them from all such injury and contempt.


The husband is to excel the wife in knowledge, and be her teacher in the matters that belong to salvation. He must instruct her in the word of God, and direct her in particular duties, and help her to subdue her own corruptions, and labor to confirm her against temptations; if she doubt of any thing that he can resolve her in, she is to ask his resolution, and he to open to her at home the things which she understood not in the congregation, 1 Cor. xiv. 35. But if the husband be indeed an ignorant sot, or have made himself unable to instruct his wife, she is not bound to ask him in vain, to teach her that which he understands not himself. Those husbands that despise the word of God, and live in willful ignorance, do not only despise their own souls, but their families also; and making themselves unable for their duties, they are usually themselves despised by their inferiors: for God hath told such in his message to Eli, 1 Sam. ii. 30, “Them that honor me, I will honor; and they that despise me shall be lightly esteemed.”


The husband must be the principal teacher of the family. He must instruct them, and examine them, and rule them about matters of God, as well as his own service, and see that the Lord’s day and worship be observed by all that are within his gates. And therefore he must labor for such understanding and ability as is necessary hereunto. And if he be unable or negligent, it is his sin and will be his shame. If the wife be wiser and abler, and it be cast upon her, it is his dishonor; but if neither of them do it, the sin, and shame, and suffering, will be common to them both.


The husband is to be the mouth of the family, in their daily conjunct prayers unto God. Therefore he must be able to pray, and also have a praying heart. He must be as it were the priest of the household; and therefore should be the most holy, that he may be fit to stand between them and God, and to offer up their prayers to him. If this be cast on the wife, it will be his dishonor.


The husband is to be the chief provider for the family (ordinarily). It is supposed that he is most able for mind and body, and is the chief disposer of the estate. Therefore he must be specially careful, that wife and children want nothing that is fit for them, so far as he can procure it.


The husband must be strongest in family patience; bearing with the weakness and passions of the wife; not so as to make light of any sin against God, but so as not to make a matter of any frailty as against himself, and so as to preserve the love and peace which is to be as the natural temper of their relation.


The manner of all these duties must also be carefully regarded. As, 1. That they be done in prudence, and not with folly, rashness, or inconsiderateness. 2. That all be done in conjugal love and tenderness, as over one that is tender, and the weaker vessel; and that he do not teach, or command, or reprove a wife, in the same imperious manner as a child or a servant. 3. That due familiarity be maintained, and that he keep not at a distance and strangeness from his wife. 4. That love be confident, without base suspicions, and causeless jealousies. 5. That all be done in gentleness and not is passion, roughness, and sourness. 6. That there be no unjust and causeless concealment of secrets, which should be common to them both. 7. That there be no foolish opening of such secrets to her as may become her snare, and she is not able to bear or keep. 8. That none of their own matters, which should be kept secret, be made known to others. His teaching and reproving of her, should be for the most part secret. 9. That he be constant, and not weary of his love or duty. This briefly of the matter.

Excerpted from Chapter VIII. of this English Puritan’s manual on family life, “Christian Economics,” found in his book A Christian Directory which was first printed in 1673 and reprinted by Soli Deo Gloria in 1990.